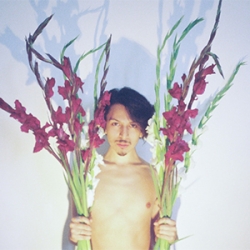 Adriann Ramirez (2015) is a performer/choreographer/filmmaker who is based in the San Francisco Bay Area and London, England. As a performer, he has worked under the guidance of Push Dance Company’s Artistic Director Raissa Simpson, first performing as a soloist in Simpson’s San Francisco Union Square installment Bitter Melon. Under his collective, NEW OPULENCE ARTS, his choreography and films have been shown in various venues and cities throughout the United States and England. His first short film, CALIFORNIA DREAMIN’ premiered at Frameline International Gay and Lesbian Film Festival 2014 in San Francisco, California and Deep Desires and Broken Dreams in London, England. He created NEW OPULENCE ARTS in order to provide a platform for artists who are interested in a collaborative approach to creativity and creation of art. He has continued to create short dance films and performance pieces to perform and showcase throughout the SF Bay Area and London since his graduation from San Francisco State with a Bachelor of Arts in Dance in 2015.