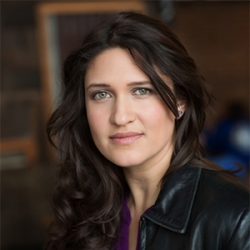 Alariza Nevárez (2008). In 2009, again from San Francisco State University, she earned her California Teaching Credential and taught middle and high school students Drama and Theatre Tech in schools in San Jose for three years. While she taught, however, her education and practice never ceased; she spent her 2010 summer at SF's American Conservatory Theater's Summer Training Congress, and she continued performing with Bay Area company's, including Women's WILL, Shady Shakespeare (now Silicon Valley Shakespeare), and Awesome Theatre (run by fellow SF State alumni). In 2012, Alariza joined a professional Children's Theatre company in the south bay, California Theatre Center, and toured up and down the West Coast, as well as continued teaching and directing in local south bay schools. In 2013, she was accepted to East 15 Acting School of Loughton, England, a prestigious acting school North East of London, and earned her MFA in (International) Acting. During her 2-year stay in the United Kingdom, Alariza had the pleasure and honour of performing all over London, including on Shakespeare's Globe as Leontes in The Winter's Tale. She also spent a 4-week module in Moscow, Russia at GITIS, The Russian University of Theatre Arts, to study Meyerhold, Stanislavsky, and Chekhov from students only generations apart of the men themselves!