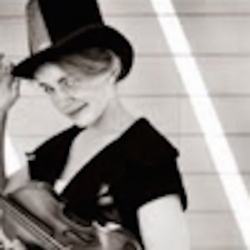 Since her Graduation in 2008, Catlin has traveled researching traditions in Asian theatre, representing the United States in Indonesia thru the IACS arts and culture scholar program and continuing her work more independently over the last decade directing shows in Tokyo, Japan as well as in China where she developed curriculum for acquisition of oral english thru drama as well as acting with the Peoples Art Theatre in Beijing. She continues working with other SF State alum and new colleagues from all around the world; her company has preformed under the name "The People in The Dark". Now a certified yoga instructor, Catlin has most recently been developing new works as well as teaching yoga with the SubTerranian Arthouse Collective in Berkeley California and volunteering in development and archiving with Larry Reed and his innovative ShadowLight Productions team. Her more local projects include facilitation of Release Dance workshops with her Dance Company WIDE Eyed, supporting choreographer and founder Shannon Stubblefield as well as hosting talks with Fullbright Fellow Chandra Dasan of Lokadarmi Theatre from Kochin Kerala India, supporting screenings and discussions of some of his major works as well as a Dristhi Workshop in traditional Acting Techniques of South India. Her latest research has brought her to Colombia and El Salvadore where she hopes to develop future projects with the Iberoamerican Theatre Festival in Bogota as well as the Forum for Peace by Mirarte in San Salvadore and Guatemala City.