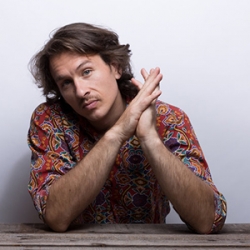 Casey Worthington (2012) joined the Acting Apprentice company of Actors Theatre of Louisville for the 13-14 season. Following that, he relocated to New York and founded The Associates, a devised theater ensemble based in Brooklyn, with a group of his fellow apprentice alums. Recent roles include Leo in 4,000 Miles at American Stage Theatre Company, Ben in The Totalitarians at Capital Stage, and Cinna in Shakespeare's Julius Caesar at Sacramento Theatre Company. SF State projects include Fool for Love directed by Rhonnie Washington, Simply Shaw directed by Mohammad Kowsar, and directing the Players' Club production of The Last Days of Judas Iscariot.