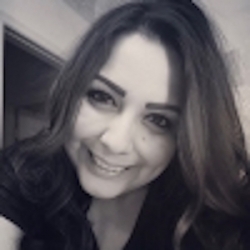 Desriee Carillo (2011) became the resident lighting director at a mega church called The House Modesto where she expanded her skills in production management, lighting design (theatre & concert), stage design and stage management. She has also spoken at the LDI Conference in Las Vegas in 2015 on the similarities and differences between lighting for theatre versus house of worship, and has been published in their magazine, Live Design, as a featured speaker. Also, some of her lighting and stage designs were featured on a very popular church design website, Church Stage Design Ideas. She has also worked at Walt Disney World in Florida as an entertainment tech working primarily in lighting and special effects for productions such as "Finding Nemo: The Musical", and was chosen to be a part of the opening team for "Rivers of Light", a new outdoor night time water show opening at Animal Kingdom. She is also currently enrolled at Regent University, where she will be receiving her M.A. in Theatre in Spring 2017.