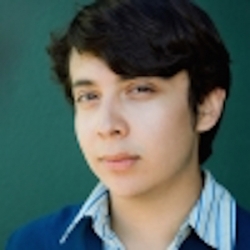 Since graduating from San Francisco State University in Spring 2011 (B.A. in Drama, Magna cum Laude), James has continued to live and work in San Francisco. He is currently an Office Manager for a tech company by day (theatre kids make the best office managers), and works as an actor/singer/dancer/director/teacher by night. Favorite roles have included the Ensemble in Alice! (11th Hour Ensemble; an ensemble-based theatre company of which he is a founding member. Started by a group of SF State Alumni), Hedwig #3 in Hedwig and The Angry Inch (Boxcar Theatre), Paul in A Chorus Line (SF State) and Boy #1 in the TBA Award winning Heathers: The Musical (Ray of Light Theatre). Additionally, James has performed with the Bay One Acts Festival, The Flash Plays Festival, Shotgun Players, ODC, Lamplighters Music Theatre, Mojo Theatre, and The Dark Room. James is also a Teaching Artist at Handful Players, a nonprofit children’s musical theatre in San Francisco’s Western Addition, whose mission is to help kids find their creative voice, build self-esteem and learn skills for getting ahead in life.