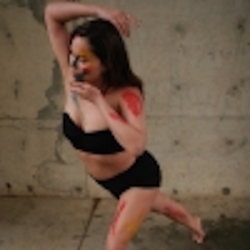 Jenna Monroe (2007, Dance) is currently a co-director for requisitedance alongside Michaela Shoberg. From 2011-2015 she was the Director of Dance for Spindrift School of Performing Arts and was an Artist in Residence at Oceana High School from 2007-2014 in Pacifica. She currently teaches dance at the Jewish Community Center in San Francisco. From 2002-2006 she was a member of University Dance Theater at San Francisco State University. Her student choreography was performed at the American College Dance Festival and at McKenna Theater as part of SFSU’s spring dance concert. Her professional work has been seen at The Garage, Dance Mission Theater, The Santa Cruz Fringe Festival, sjDANCEco's Nation Dance Week, SAFEhouse Arts and ODC Theater. She has collaborated with Deborah Slater Dance Theater, Keith Carames and Donna Von Joo-Tornell. In 2006 the Silicon Valley Community Foundation awarded Jenna with their Artist in Residence grant.