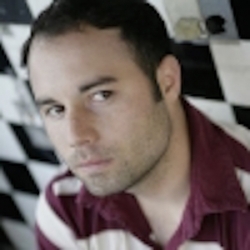 As an actor, director and fight choreographer, Steve has worked for several theatres in the Bay Area including: Palo Alto Players, Primitive Screwheads, Rabbit hole, N.C.T.C, Ray of Light, FOGG Theatre, One minute play festival and the San Francisco Playhouse. Steve serves as artistic director for Breach Once More, where he recently directed the TBA recommended, SubUrbia. Steve holds and M.A. and B.A. in Drama from San Francisco State University. He is particularly interested in viewing classical and famous plays through new, culturally relevant lenses. He is also committed to producing exciting new works. Overall, as artistic director, Steve is passionate about producing entertaining plays that grapple with human struggles and ignite his audience’s sense of empathy. Up Next: Steve will be playing Walter in "Much ado about Lebowski" this summer. When Steve isn’t fighting to stave off starvation from his questionable career choices, he works as a personal fitness trainer, which is pretty awesome.